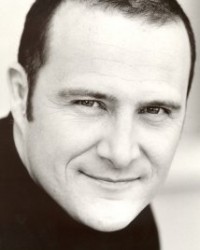 Point Break Drama presents an exclusive Screen Acting Masterclass with one of Australia’s most experienced and prolific actors, Russell Dykstra!

Russell Dykstra is one of Australia’s most highly regarded and sort after actors of his generation. Russell’s workshops are sure to inspire actors to do their best work. Entry into this workshop is on a 1st in 1st served basis, with just 14 places available for the workshop. The  workshop will take place on Sat 3rd December.

Russell Dykstra is one of the most prolific actors in the Australian industry, working extensively in Film/ TV & Theatre. Russell has worked on blockbuster films like Ned Kelly with Heath Ledger, Romulas my Father with Eric Bana, Oranges and Sunshine with Hugo Weaving and British great Emily Watson. He received a best Actor AFI award for his work on the film , Soft Fruit and picked up Best Actor in a Supporting Role in the Sydney Theatre Awards for play TOY SYMPHONY. In television he recently starred alongside Richard Roxborough in the ABC series, Rake and has appeared in new series Wild Boys.

Russell Dykstra’s acting credits diverse & impressive. Russell is most definitely a master of the acting craft & this is your opportunity to learn from one of the best. Checkout Russell Dykstra’s Imdb page http://www.imdb.com/name/nm0245873/

The Screen Acting Masterclass will help actors prepare more thoroughly for auditions and give participants opportunity to get one on one feedback on their audition & acting technique from Russell. Each participant will be asked to prepare a scene to present to Russell in the first part of the day (scenes sent through a week before workshop). In the second part of the day, students will be given a second scene to prepare cold. Russell will give feedback and tips on giving a great cold reading. Finally student will also be given a TVC script to also prepare cold. It is vital that all participants treat this workshop very seriously and prepare thoroughly.

Disclaimer : In the event that Russell is taken away by work the workshop will be either re-scheduled or refunded.