Point Break Drama Acting School is elated to finally have its own resident playwright, Judy Judd-Sandwell. In 2010 co-founder of Point Break Drama, Paul Winchester approached Judy about the idea after an initial foray into the Short and Sweet play festival became a success.

Point Break Drama is determined to provide all students with new opportunities to advance their experience, knowledge and skills of theatre, acting, performance & the industry. This is indeed a rare component for any acting school, and Point Break Drama is lucky to have someone of Judy’s caliber.

Students in Acting 3, 4 and advanced Youth acting will now have the unique opportunity to workshop a brand new play written by a playwright, from infancy through to a polished performance, and World Premiere! 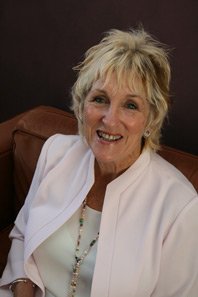 With over 30 years as a professional writer & journalist, Judy Judd-Sandwell is relatively new to play-wrighting. In a very short time she has been very successful. Judy wrote a play called, “Going Down” in late 2009, which Point Break Drama successfully produced and entered into the Fast & Furious short play festival at the Peninsula Theatre Company. Going Down won the audience award and was invited to participate in the Short and sweet short play festival by director, Alex Broun. It managed a third place in the audience vote.

In 2011 Point Break Drama entered two of Judy’s plays into the festival and is currently performing at Short and Sweet 2011. The play, “Dream castle” thus far has won the judges award for its heat and has progressed to the Wildcard final on February 26th. The play, “The Kiss” won the Peoples choice award for its week at the short and sweet festival.

This ambitious undertaking was well handled by actress Ursula Paddon as she scaled emotions from a doting, girlish Eva to the strong, focused and determined woman. Whilst her accent may have waivered a little it was indeed a strong performance. The play showed convincingly what sacrifices must be made in order to follow such a man unconditionally.

Judy was raised in show business and indeed the theatre is in her blood. Her father, Noel Judd was a popular radio and television personality. Judy spent many hours watching performances from the sidelines, and when older worked on leading television programs, accompanied performing artists on stage tours, wrote biographies for well known entertainers and enjoyed seeing her brother have great success in the film industry. It wasn’t surprising her daughter took to the London stage in a colourful career on the West End.

Its taken Judy more than three decades of life experience to realize her destiny as a playwright!

The old adage, “It’s never too late” is very poignant for Judy and Point Break. Judy is indeed making up for lost time, and Point break drama is thrilled!
[feather]